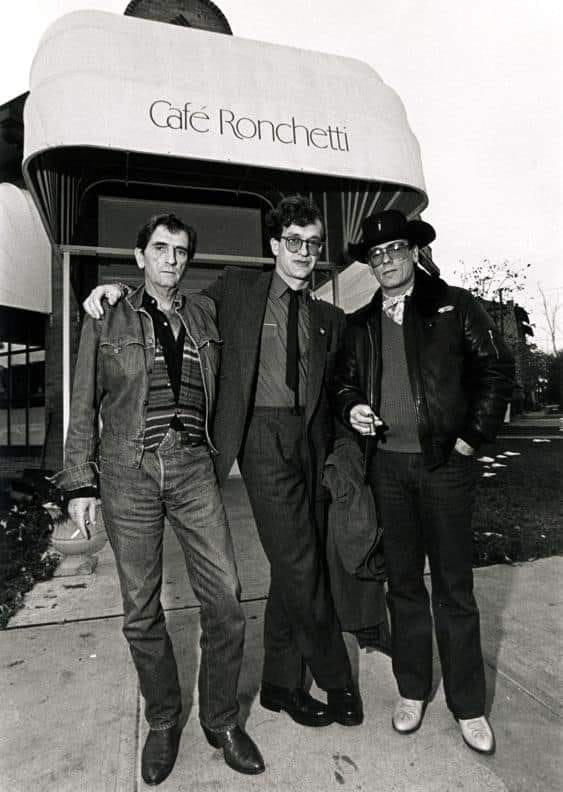 From an interview by Craig Edwards in 1995 with Dean:

“Again, that was one of those lucky things. I was living in New Mexico at the time. I had just gotten married and I had virtually quit the business, because I couldn’t get any work. A few little things trickled in, like some television shows. Then one day I heard there was going to be a party after the Santa Fe Film Festival, which no longer exists now. Dennis was going to be there, he was in town. I was very depressed at the time because I couldn’t get any work, but I decided to go into town and see Dennis. And Harry Dean Stanton was at this party. And I hadn’t seen Harry Dean for ten or twelve years. I sat down and talked to him for a while then I said goodbye to him and Dennis and left the party and came back home and was depressed again.

Some time went by, like a month and I get a call. Harry Dean is going to do this movie with Sam Shepard and Wim Wenders and he thinks I should play his brother in it. And Wim Wenders himself came to Santa Fe to see me and he said, ‘Yeah, Harry’s right, you’ll be perfect.’ And that would not have happened if I had not decided to go into town late one night because of this party. It’s weird how these things work out, it really is weird. But let me get back to what I said earlier about this movie. I thought this film was going to be awful. We had a lovely time shooting it, it felt great and Wim was terrific, but when it was done, I came back to New Mexico and Wim sent both Harry Dean and myself tapes of a rough cut. Now, some films you can see from the rough cut are going to be great. But with a film by this guy, now, this film had no action in it at all. No action, no heavy tension, nothing that would put you on the edge of your seat, that’s for sure. It didn’t have any music either. Harry Dean called me and said it looked like captured enemy footage (laughs), that was his description of it. And I broke down and cried after I saw the tape. I saw it by myself in a room and I broke down and cried, I was so disappointed. But when he finally fine-tuned it, it became magical! Each cut would lead into the next image with such perfection of timing that it held and held. And it was good and it won the Grand Prize at Cannes. It was amazing.”