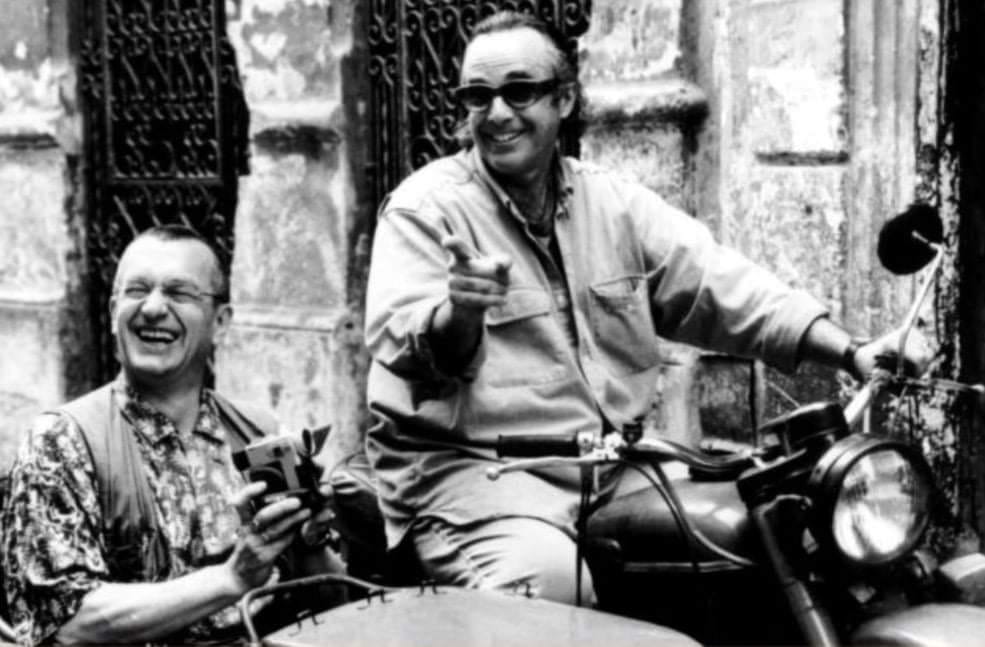 «Ry Cooder and I had known each other since the late 70s. In 1997 we made End Of Violence together and it just so happened that Ry had come back from his first trip to Havana. I found him strangely unconcentrated while recording the score. He’d often just sit and look into the distance, so eventually I asked him what was wrong. He said, “In my mind I’m still in Havana. I probably just did the best work of my life there.” He gave me an unmixed rough tape of the first Buena Vista Social Club sessions. That evening I drove home and put the cassette into my car’s player. What I heard blew my mind. He invited me to join him with my camera next time he went. A few months later, Ry called out of the blue to say that next week he was going to Havana. He had given me one week! I had no crew, no financing, nothing. In a hurry, I got a minimal crew together. The five of us left for Havana, not knowing what was in store for us. Logistically, we faced only two problems: electricity and food» – Wim Wenders, 2021